Black History Month is a remembrance of important people and events in the history of the African diasporas.

The Greek term diaspora means – "a scattering of seeds" and refers to the movement of any population sharing common ethnic identity who were either forced to leave or voluntarily left their settled territory, and became residents in areas often far remote from the former land.

The remembrance originated in 1926 by historian Carter G. Woodson as "Negro History Week". Woodson chose the second week of February because it marked the birthdays of two Americans who greatly influenced the lives and social condition of African Americans: former President Abraham Lincoln and abolitionist and former slave Frederick Douglass. Woodson also founded the Association for the Study of Negro Life and History, now the Association for the Study of African American Life and History.

Black History Month has been celebrated across the UK every October for over 30 years, each year growing from strength to strength. Black History Month is a time when we highlight and celebrate the achievements of the black community and uncover hidden history about our communities.

This exhibition celebrates our local cultural heritage through a series of intimate portraits of people within our own community based in Burton upon Trent. It is an insight into people’s lives and experiences, highlighting different professions, backgrounds and personalities.

Posted by Vitor Azevedo at 12:48 No comments:

Cara means “face” in Portuguese and the aim of this exhibition is to take the viewer through the many chapters that a face can tell.

Our faces are a map of our lives, they can be funny, happy, thoughtful and sad. There are many expressions to read and ponder.

Each image tells a different story and each viewer will make their own unique interpretation of what they see.

Posted by Vitor Azevedo at 12:45 No comments:

Posted by Vitor Azevedo at 06:33 No comments: 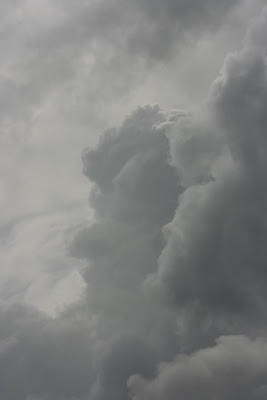 LC
Posted by Vitor Azevedo at 05:34 No comments:

The Back of my Marlboro Packet 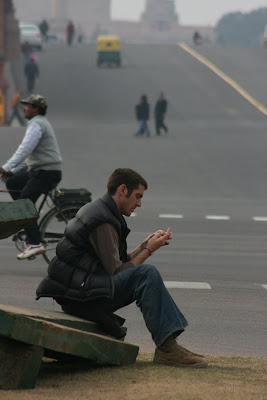 Over a few two many glasses of red wine late one evening last year, I sat with my close friend Will, discussing life, the universe and everything again .... this is something we did on many occasions and it amused us for many an hour or two, usually when everyone else had long gone to bed!!! The more we drank the fullness of the grape, the more our minds were lubricated with enriched thoughts and desires. We decided it was time for a road trip, a trip of a lifetime, a chance to search new land and new experiences. Our conversation led to India and then and there the decision was made. I made a rough map of India on the back of a Marlboro packet and our journey began. Will commenced to research at great depth the many aspects of this unknown territory, health and safety neccessities and the most economic way of travel. Will was driven by his passion for colour to seek out the most desired places that would fill our eyes with a kaleidoscope of rainbows. I, in the meantime consulted the back of the Marlboro packet and dreamt of the possibilities. I have to say at this stage that it was a good job one of us had a reality check and pursued proper planning. The date was set for December 2008 with the prospect of a 6 week journey lying ahead of us. As the departure date became closer, we realised there was rather a lot to think about, we are both keen on photography so needed to make sure that all equipment was covered as well as serious issues like visas and immunisations. Our journey outward took us from Gatwick to Dehli and from that point everything changed.
We landed at Dehli and immediately soaked in the atmosphere, dry dust, intense heat, noise and extreme confusion and we obviously stood out. I am Portuguese, tall, with a mass of thick uncontrollable hair and generous in size. Will, standing next to me, is smaller with short hair and slim so we certainly attracted some glances and curiousity. It is difficult to write about everything we saw during our trip but some experiences made a lasting impact, some of which I will attempt to share.
I never realised the importance of rats until we spent a day in a temple that's sole purpose was the celebration of the "rat" and all it stood for, including it's rancid smell, urine and persistent desire to run all over you. I had to leave eventually as I could no longer stand the feeling of rat faeces squishing between my toes, desparately trying to understand why these stinky little creatures held so much importance.
One of the main lessons learned was the extreme economic segregation within India. On one side of the road, a baby would be crawling through the sewers with little clothing as the family looked on in resigned desperation, whilst across the street, foreigners sipped cocktails in their newly crisp white linen and talked about "the romance of India". It was apparent that this really was a country where fate laid a course that could then rarely change. If you were born on the wrong side of the street then that is where you stayed. The interesting point though is to distinguish the true meaning of happiness. Is it money and wealth that brings that or personal contentment and self belief. I feel quite strongly that without cultural belief, many communities would question more about their designated fate and not purely accept their existence.
Intense colour on a daily basis was consumed like a full course meal, there was never a moment that was not filled with some form of tapestry of life. Radjasthan was a prime example of this, cows passed through busy streets of red dust, sweaty bodies on bikes steered their way through this maze of industriousness. Eyes behind cloth stared back, a little unnerving. Never sure whether to return the gaze or not. There were a milliion possibilities for photography but when the time came to press the button, voyerism crept in and there was a feeling of trespassing into a secret life.
What has it taught us since, never assume, always try to tolerate and understand. India is a story of many stories, each linked through chapters of events, happenings and surprises. When you want to discover new horizons, dont ever underestimate those small drawings on the back of a packet late one night. Put it in your pocket and save it for a rainy day.


By Rachel Huyton
Posted by Vitor Azevedo at 05:24 No comments: 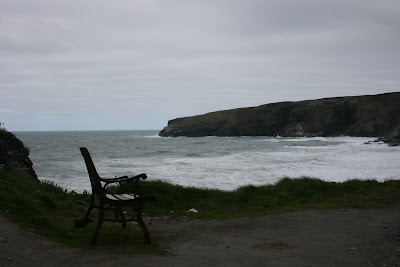 Imaginary Journeys by Vitor Azevedo
Having spent the last few years exploring a range of visual art practices, I have come to the conclusion that my work particularly addresses the conflict between objects that are misplaced, and the observation of everyday happenings or concepts that are then placed in a conflicting environment.
I enjoy the fact that visual arts can embrace other art forms and evolve into a collaborative spectacle, each art form identifying its own strength but reflecting the final piece of work as a whole. All of the work I make begins with a spontaneous reaction derived from points of interest or stimulus, and as the work develops, there is a progression as the initial concepts transform into a unique combination. I also feel that everyday life is like a palette, little pieces can be used to create work that reaches an audience rather than being self absorbed.
A lot of my work recognizes my own personal history which stems from a background of religious symbolism, family values, a love of the sea and the traditions of Portugal. I enjoy the exploration of these memories to freeze a portion of my own personal, cultural and social history through the construction of specific materials and concepts.
The art of travel is paramount to realizing ideas and dreams. I enjoy traveling as to me it opens a whole new page, it is a way of observing the world and the people within it and then using those experiences to carve future projects. My paper boats are an example of this, each little boat can tell its own chapter and when put together can create a whole story for everyone to share.
“I launch my paper boats and look up into the sky and see the
little clouds setting thee white bulging sails.
I know not what playmate of mine in the sky sends them down
the air to race with my boats!
When night comes I bury my face in my arms and dream that my
paper boats float on and on under the midnight stars.
The fairies of sleep are sailing in them, and filling
their baskets full of dreams.”
By Rabindranath Tagore
A huge interest of mine is to collaborate with other artists, such as musicians, dancers, video projection and film to create a full menu of visual art that compliments all aspects.
To me, my work reflects my own personal journey becoming a capsule of time, change, landscape, travel and self analysis. I hope I can share my work with people that are used to “watching” art as well as newcomers and at least try to make people think. The result is art that reacts with its own environment.
Posted by Vitor Azevedo at 09:48 No comments:

Vitor Azevedo
Art is my inspiration and it fascinates me to see all the different ways you can communicate through art to tell stories and memories. 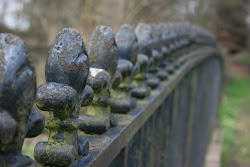